Pregnant women almost every two weeks sent to provide a urine sample which the doctor will determine the General condition of the body and the way she carries pregnancy. In most cases, the tests are always normal, but there are deviations that are talking about some violations.

A woman’s body during pregnancy undergoes enormous load, and not always it takes. The most affected kidney, because they have to take a lot more harmful substances than ever.

Uterus with each week increasing in size and gradually begins to put pressure on the kidneys. Sometimes because of this pressure, they cease to work as it is required by the body. And in a few percent of women can even develop serious kidney disease.

Urinalysis is one of the most commonly prescribed types of laboratory tests, which allows you to quickly determine the condition of the kidneys and, if necessary, begin to take action. This analysis seems to a pregnant woman prior to each scheduled appointment with a gynecologist.

The only way to monitor the condition of the kidneys is to pass urine periodically.

So, doctor, looking at the results, can accurately say whether there is deviation or not. For example, if in the urine of women came the acetone, it indicates problems with the liver, which in consequence will lead to toxicity. Also, the doctor looks at the level of sugar, protein, etc.

Some women don’t pass the urine test, because I think it is a waste of time. Actually, be sure to do it, or otherwise, doctors can view the beginning of deviation and time does not provide medical care. Which may affect not only the mother but also her future child.

Preparation to pass a urine test 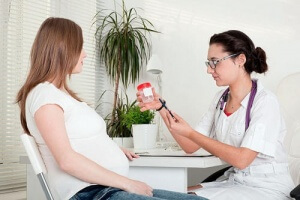 Not many people know that if properly prepared for testing, it is possible to obtain false results, and as a result, excitement and sometimes even unnecessary treatment.

To get accurate results, you need to:

During the transportation analysis in the lab, you need to be careful that the jar tests were not shaken and did not form foam. Often it is because of this shaking and foaming results are inaccurate.

Besides, it is best to deliver the tests within two hours after harvesting. Otherwise they can also show a false result and will have more time to retake. 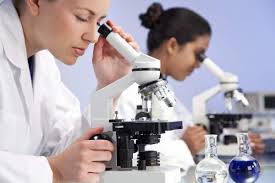 After a woman passed the tests, the lab will conduct her research, and is closer to lunch she can get the result.

The results obtained will reflect the following characteristics:

Ideally, each of these indicators must be OK. But minor deviations are permitted by virtue of the individual characteristics of the organism of every woman.

The acidity and density 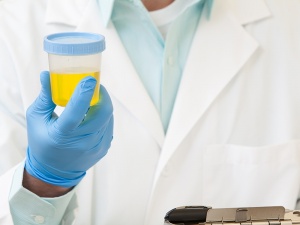 When assessing the acidity of urine it is necessary to pay attention to how it feeds on a pregnant woman. If it does not adhere to a proper diet and consume fatty, spicy foods, the pH may increase.

Normal rates consider the figures 4 to 8, but only if the analysis of fresh and deposited no later than two hours after collection.

The increased acidity may indicate disorders in the kidneys or the parathyroid gland. If the acidity is lowered on the contrary, it is likely in women dehydration, increased body temperature, potassium deficiency.

Particular attention doctors pay to the density of urine. A pregnant woman normal density should be in the range of 1010 – 1025 g/l. 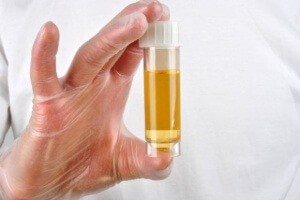 Special attention is paid to the white blood cells in the urine of women, because their presence says about the existing inflammatory processes. So, normally a pregnant woman should not be more than 6 leukocytes in sight. If to speak about advanced urine analysis (Nechiporenko), then they will be up to 2000 per milliliter.

In that case, if there is an increase of these figures, the doctor may suspect an infection in the genitourinary system because the white blood cells appear only in the case when the body fights infection. If the inflammation is not strong and detected in the urine from 10 to 15 leukocytes in the field of rhenium, the doctor can wait or ask to retake the analysis.

If the number of leukocytes in the field of view was increased to 40, it indicates pyelonephritis.

This disease is common in women in the position, as the uterus presses on kidneys and compresses them, so the toxins accumulate and the body increases, and with it penetrates the infection. In that case, if it was detected in the urine up to 10 white cells, this may indicate poor preparation before testing, namely poor cleaning.

Protein in the urine 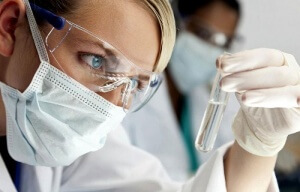 Doctors also pay special attention to the presence in the urine protein. In norm it should not be. But is allowed no more than 0, 033 grams per liter. In laboratories with high sensitivity, this boundary is shifted to 0, 14 grams per liter.

In most cases, protein in the urine is present because of physical exertion the night before, stress, strong emotional feelings. In this case, if a make-up analysis, the protein will disappear. But sometimes the reason lies much deeper, namely in the kidney problems.

The most common disease which leads to increased protein in the urine is called pyelonephritis.

Pyelonephritis is an infectious inflammation of the kidneys, during which the body temperature rises, sore lower back, and there is a General malaise, weakness. In addition to the high protein content, there are also more and leukocytes. In case of suspected pyelonephritis an urgent need to take a pregnant woman to the hospital.

Sometimes the high content of protein in the urine says about late toxicity. This is a very dangerous phenomenon, in which increased blood pressure, suffers severe headaches, nausea and sometimes even vomiting. The symptoms are exactly the same as when the early morning sickness. Only if in the early stages is the norm, then the later deviation, which can lead to negative consequences and sometimes even death.

What still needs to be tested during pregnancy, you can see from the video.

Ketone bodies appear only in the case when the body got infected. Moreover, the range of diseases is quite narrow.

Normal ketone bodies should not be, so even a slight increase should make to draw the attention of a doctor.

Sometimes during morning sickness in early pregnancy ketone bodies can appear only because there is a strong dehydration of the body, accompanied by severe vomiting. If women before pregnancy was discovered diabetes, the appearance of ketone bodies during it says about the aggravation.

Bacteria in the urine 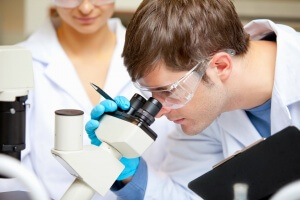 The presence of bacteria in the urine – a very common phenomenon, as the immune system is weakened and unable to defend themselves against penetration of malicious organisms. Most often, the urine appears bacterium, which suggests the presence of pyelonephritis.

In that case, if the urine was discovered bacteria, but the level of leukocytes remained at the same (normal) level, it indicates cystitis. Moreover, if the appearance in the urine of bacteria is not accompanied by any symptoms in the expectant mother, it does not mean that all is well. Asymptomatic bacteriuria is common. The danger is that this course neither the doctor nor the patient did not notice, and bacteria multiply and eventually penetrate into the kidneys.

In the case if bacteria are present in the urine along with white cells, that is direct evidence of problems with the kidneys, which can not be ignored.

Urine analysis according to Nechyporenko

There are cases when according to the General analysis of urine there is no change, and the status of women asphyxiating. And then the doctor gives her a referral for re-analysis, but according to Nechyporenko. This analysis implies the study only on erythrocytes and leukocytes.

Thus, leukocytes must be in the range of 2000 per milliliter, and erythrocytes up to 1000 per milliliter. The process of collecting urine is the same as in the case of conventional analysis. The only difference is that in laboratory studies urine a little different.

Before analysis according to Nechyporenko appointed only in the case of suspected serious illness, but now doctors are reinsured, and send pregnant women to repeat even if there is any suspicion of inflammation.

All gynecologists say that it is necessary to provide a urine sample during pregnancy. The norms within which should be the tests, talking about the good condition of the body. But in that case, if there is even a small, but deviations, while they are seen in a timely manner, it is possible to treat and get rid of negative consequences in the future.